Claims that cite scientific evidence are seemingly everywhere — in our social media feeds and in headlines from standards-based news organizations. But all “evidence” isn’t created equal. An anecdote posted by a stranger online might feel compelling — especially if it resonates with our own experiences in some way — but is it really evidence? News headlines commonly tout the findings of “a new study,” but how authoritative are those findings?

To help answer these questions, we worked with Dr. Katrine Wallace — an epidemiologist, educator and science literacy influencer — to produce a trio of resources focused on differentiating between different levels of scientific evidence. 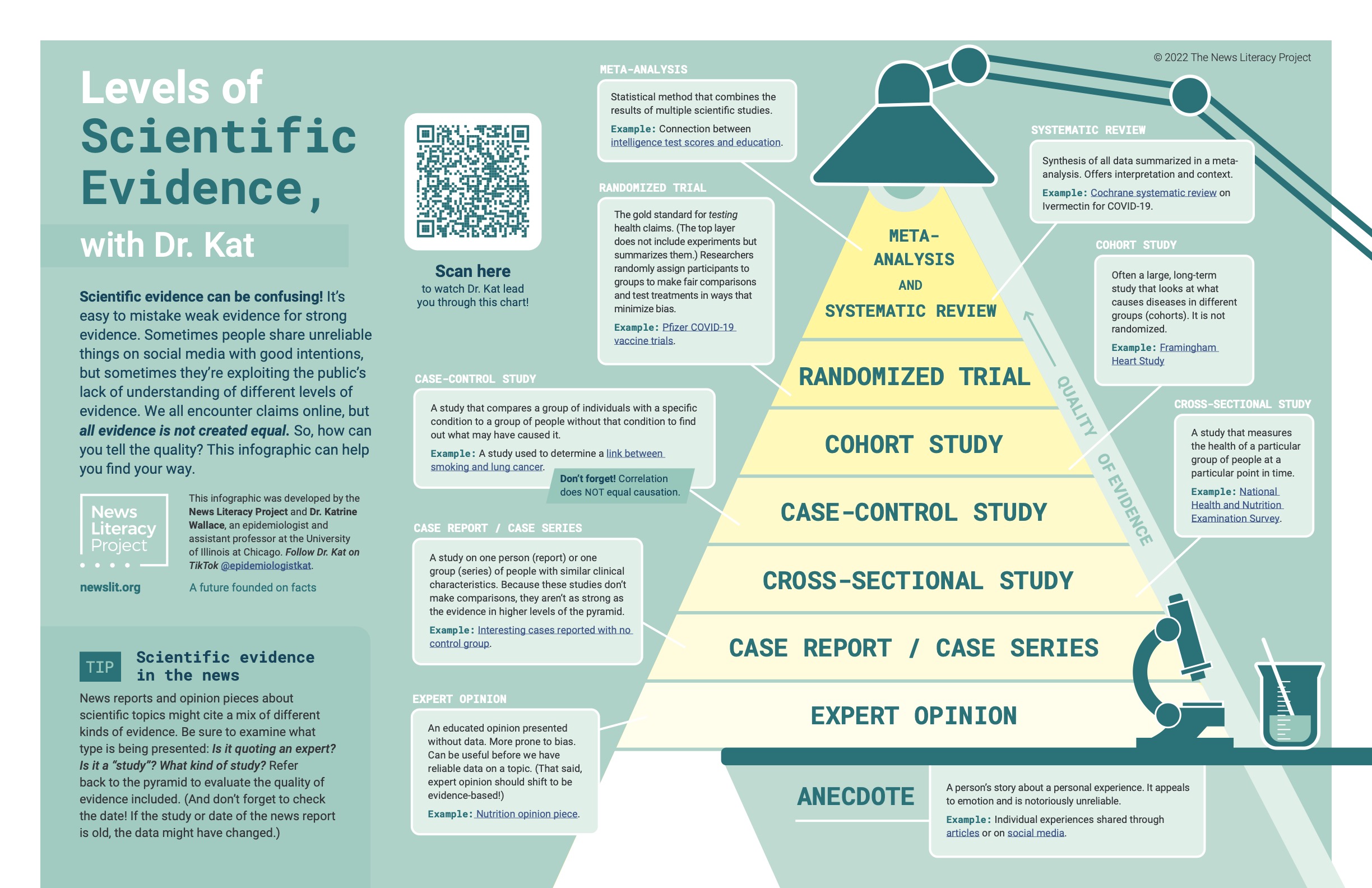 This infographic presents eight distinct levels of scientific evidence arranged in a pyramid that reflects a spectrum of quality. Levels of evidence at the bottom are significantly more prone to error and bias than those at the top. The pyramid is reflective of the process of science itself: as initial hypotheses about a given question are tested, they are either disproven and discarded or they survive to be tested further. As more rigorous studies are completed, and as their results are compiled and analyzed, the picture painted by the evidence becomes clearer and more compelling.

The eight levels of scientific evidence on the infographic are here, in order from weakest to strongest:

The next time you encounter a claim about what the scientific evidence shows, refer back to Dr. Kat’s levels of evidence as a guide to help you evaluate it.